A Statement by the Asian Human Rights Commission

INDONESIA: Freedom of religion not protected

U.S. President Barack Obama is scheduled to visit Indonesia, the place of his childhood, in March. It is important that the President does not waste this opportunity and uses his good relations with Indonesian President Susilo Bambang Yudhoyono to raise the issue of religious tolerance in Indonesia. 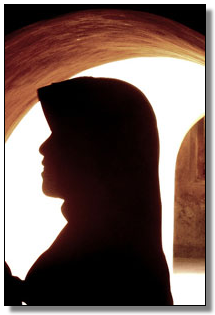 While his statement is no doubt true in some respects, the essence of Obama’s remark is at odds with the current situation in Indonesia.

In recent years the United Nations has expressed disquiet at religious discrimination and intolerance in the country. There is continuing concern at the distinctions made in legal documents between the six recognized religions of Islam, Protestantism, Catholicism, Hinduism, Buddhism and Confucianism, and the adverse impact on the freedom of thought, conscience and religion of people belonging to minorities, ethnic groups and indigenous peoples in Indonesia.

In 2007 the U.N. Committee on the Elimination of Racial Discrimination noted with concern that mixed-faith couples – in which the man and woman hold different recognized beliefs – faced difficulties in officially registering their marriages and that their children were not provided with birth certificates, as they were not the products of “lawful” marriage. Paradoxically, people that change their religion in order to marry their partner can face stigmatization.

Furthermore, there is no provision for individuals with no religious belief to enter into a civil marriage contract, and no legal documentation for those without such a belief. This results in people keeping their atheist beliefs secret and when the time comes to marry, they make the choice of either marrying in a religious ceremony that is devoid of meaning for them, or not marrying at all, which can leave their family and offspring without legal protection.

Moreover, under Indonesian Law No. 23 of 2006 on Civic Administration, individuals are required to record their faith on legal documents such as identity cards and birth certificates. Atheists who ascribe to no religion or those who wish to leave the column blank or to register under one of the “non-recognized” religions face discrimination and harassment – including refusal of employment.

Forcing an Indonesian to adopt a religion as part of her identity grossly undermines his right to freedom of thought and religion under article 18 of the International Covenant on Civil and Political Rights.

Concern has been expressed in Indonesia and internationally about religious minorities such as the Ahmadiya – followers of a disputed branch of Islam – being targeted by fundamentalists that have branded them members of heretical cults. The Asian Human Rights Commission

and other human rights organizations have highlighted violent attacks and intimidation against the Ahmadiya people and other religious groups, and their places of religious worship. But so far there has been no concerted effort to protect the rights of these groups.

To the contrary, religious intolerance and discrimination is effectively condoned under Law No.1/1965 on the Prevention of Religious Abuse and Blasphemy, which amends the Indonesian Penal Code (Article 156 (a)) to allow the state to prosecute people deemed to commit blasphemous acts which “principally have the character of being at enmity with, abusing or staining a religion adhered to in Indonesia”. The maximum penalty is five years imprisonment.

To combat this law and the issues of state-authorized religious intolerance within it, human rights groups have gone to the Constitutional Court to seek a judicial review of the law, in the hope that it will be struck down as incompatible with human rights and freedom of religion.

However, state officials have reacted against the review. They claim that if the court were to uphold freedom of religion and expression, as guaranteed in international and domestic law, as well as in the principles of Pancasila

, the official philosophical foundation of the Indonesian state, it would create “unlimited religious freedom.” They fear this could lead to social upheaval, with people worshiping in ways not authorized by the state. Such intolerance is clearly a breach of the Indonesian Constitution under Articles 28 and 29

The state, by only recognising six religions and enforcing a blasphemy law which alienates and criminalises those that hold beliefs outside of those six, is in effect, giving Indonesians a choice between one of six religions. The right to choose between one religion or another is a false choice and only creates the illusion of freedom.

Both President Obama and President Yudhoyono should understand very well that tolerance and acceptance of varying beliefs, including atheist belief, are vital for a peaceful, democratic society. Practices and laws requiring people to adopt a faith that they do not actually hold is not in accordance with the principles of tolerance, equal rights and non-discrimination, which are the cornerstones of democracy and human rights.

Any blasphemy law should be struck down as unconstitutional. The religions that Indonesia’s blasphemy law seeks to protect can withstand criticism and do not need the full force of the criminal law to ensure adherence. No state should interfere in the practice of religion or belief other than to protect the rights of individuals to freedom of expression, assembly and thought including the right to be free from religious thought.

In a diverse democratic society that prides itself on being multicultural, multi-religious and multi-racial, the Indonesian government should welcome this judicial review and enforce laws to prohibit discrimination based on faith.

In a democratic Indonesia which seeks to adhere to the rule of law and the supreme law of its Constitution, the state should seek to protect the rights of religious minorities from the tyranny of those that wish to foster intolerance and discrimination.

About AHRC: The Asian Human Rights Commission is a regional non-governmental organisation monitoring and lobbying human rights issues in Asia. The Hong Kong-based group was founded in 1984.